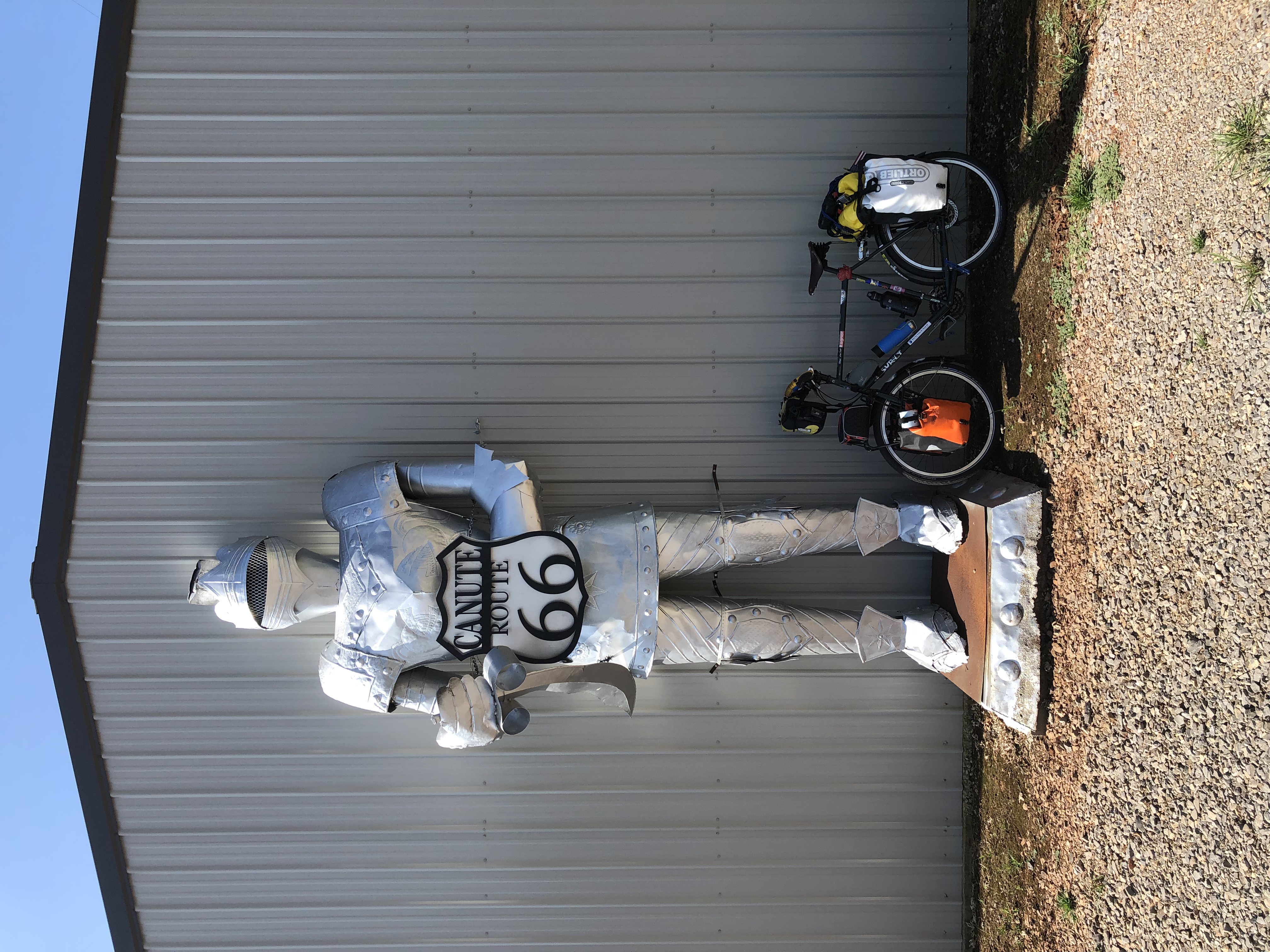 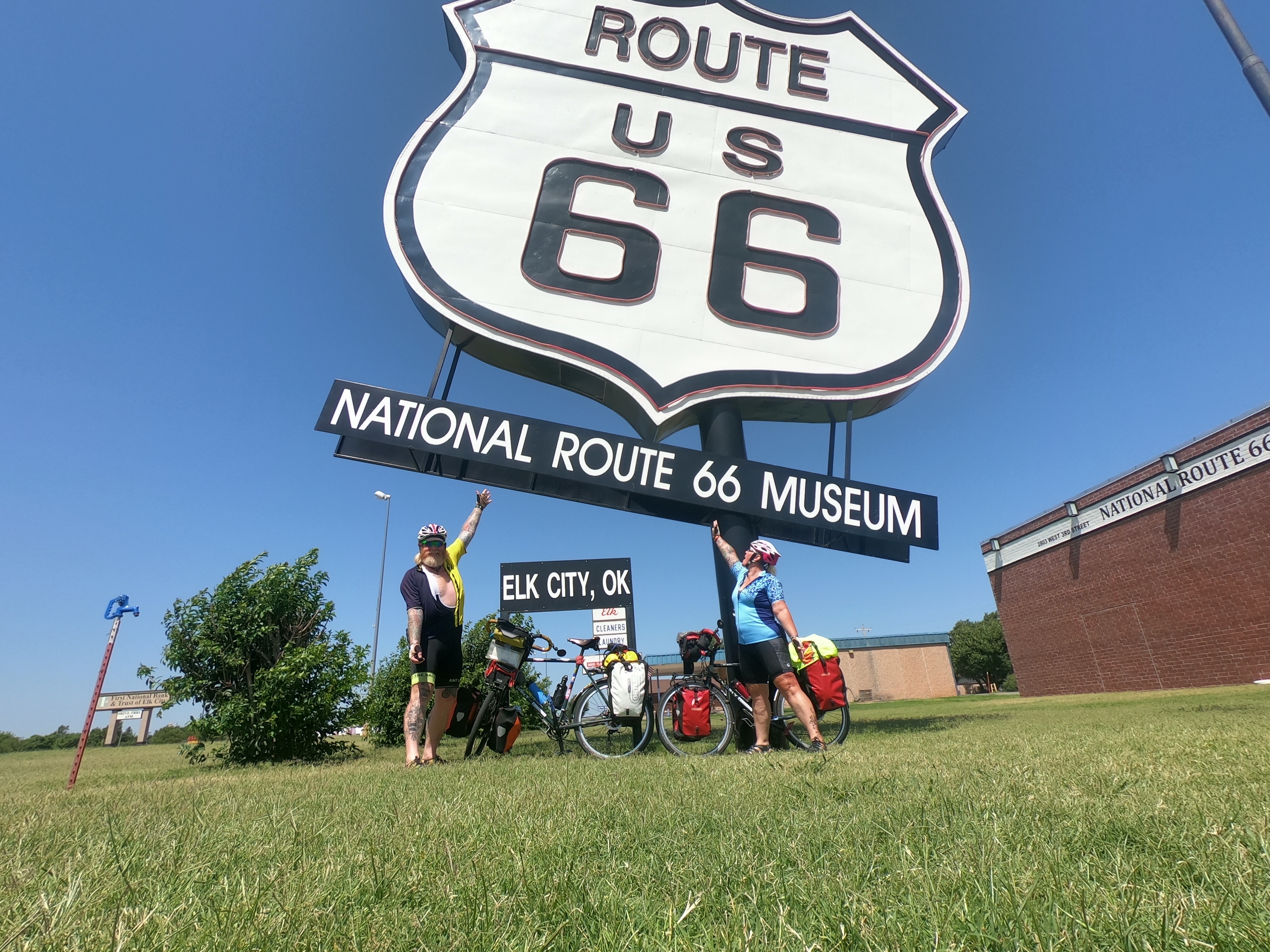 Last night was a really hot night. It would of been difficult for us to sleep if it wasn’t for the kindness of a guy living on site. He fitted air conditioning for us red neck style. It worked a treat.

The 1st treat of the day was a long bridge just outside Hinton 3900 ft long. It’s known as pony bridge and made a brief appearance in the 1939 film the grapes of wrath.

It’s still hilly, it’s still hot but we’re making good progress. The winds are lighter today . Lots of water has been drunk but we feel we will soon have to carry more as there’s not much in between towns now.

One of our stops for a drink was in a petrol station just off the interstate. We stopped there for about half a hour and started talking to some locals. Just general chitchat the normal stuff what we doing etc. When they left they gave us $20. Unbelievable. So kind.

Lagging way behind as usual. Mikes taking too many pictures of me suffering. But it’s still empty roads all the traffic is on the interstate. just keep peddling.

We made our campsite just after 3pm a lot later than we hoped. We had a slight diversion due to a bridge being out, that added an extra 7 miles and with that extra hills. And of course Chatting to people at our drinks stop.