Today mike wanted to have a look around the motel cycle museum in Invercargill. It has over 300 bikes. Invercargill is the home town of Burt Monro and even though I’m not into bikes I’ve actually heard of Burt. I’ve watched the film staring Antony Hopkins that told the story of the fastest Indian, a motorcycle that Burt broke the land speed record on at bonneville salt flats. A good film and made the museum a little bit more interesting for me. https://jewellsontour.com/wp-content/uploads/2019/09/img_5436.mov

After spending a couple of hours looking around the museum we followed the coast around looking for a nice place to camp up. The road again was stunning and not much traffic. We have now gone as far south as we can unless we go to Stewart island so am now headed north up the west coast.

Tonight’s spot is monkey island. Named after the monkey winch that was used to haul ships up the slip way. It was a traditional lookout for whales. In the mid 19th century interest focused on the gold dust which lay on the beach. It made a very nice campsite for us. Treating us to the most spectacular sunset. 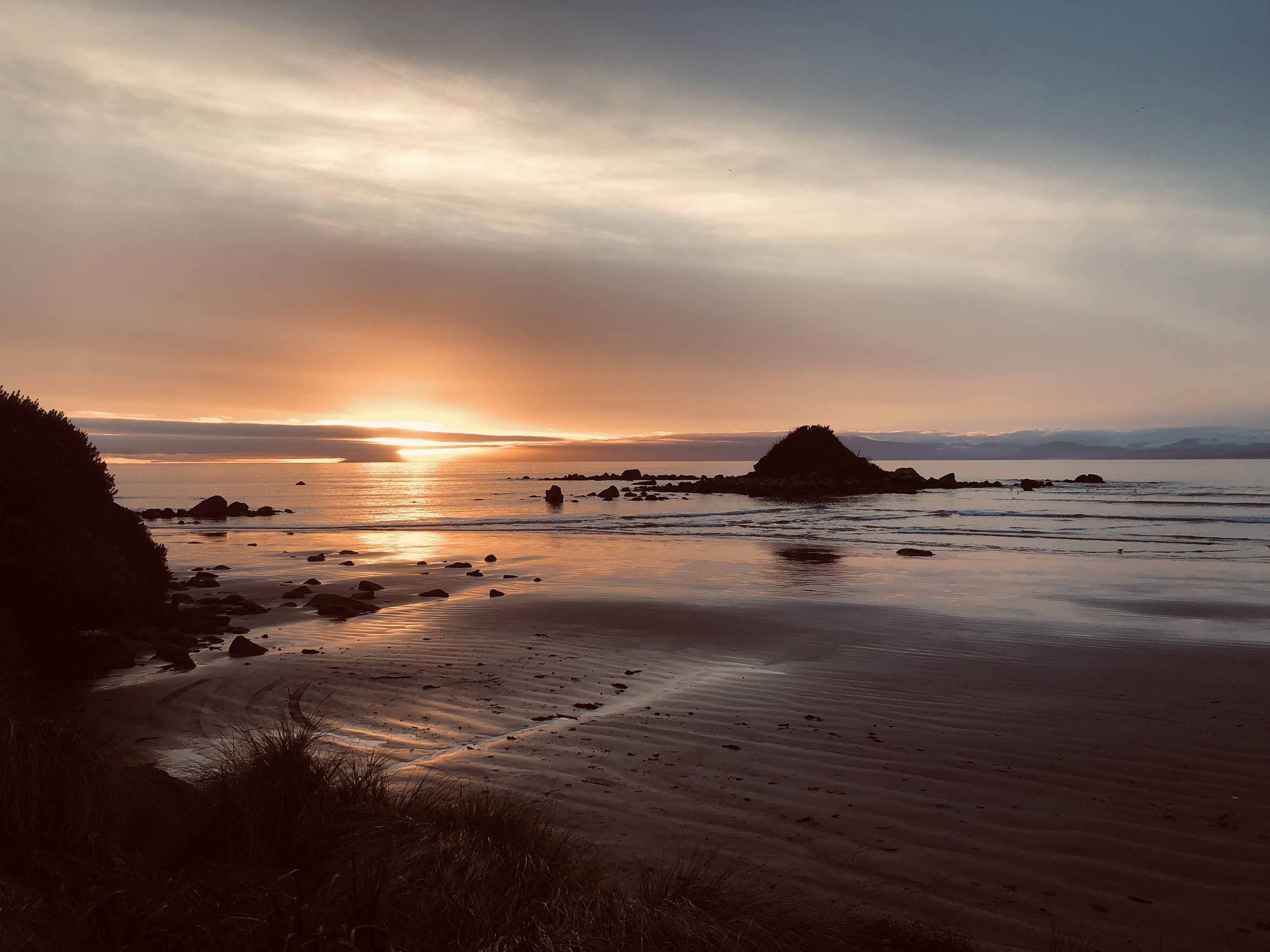