Today was like being a unsuspecting contestant on a very strange Japanese torture game show.

The day should of been easy enough, a mere 60 miles in beautiful countryside. A quiet road and only 500 ft of climbing no problem we are team Jewell, we’ve got this. 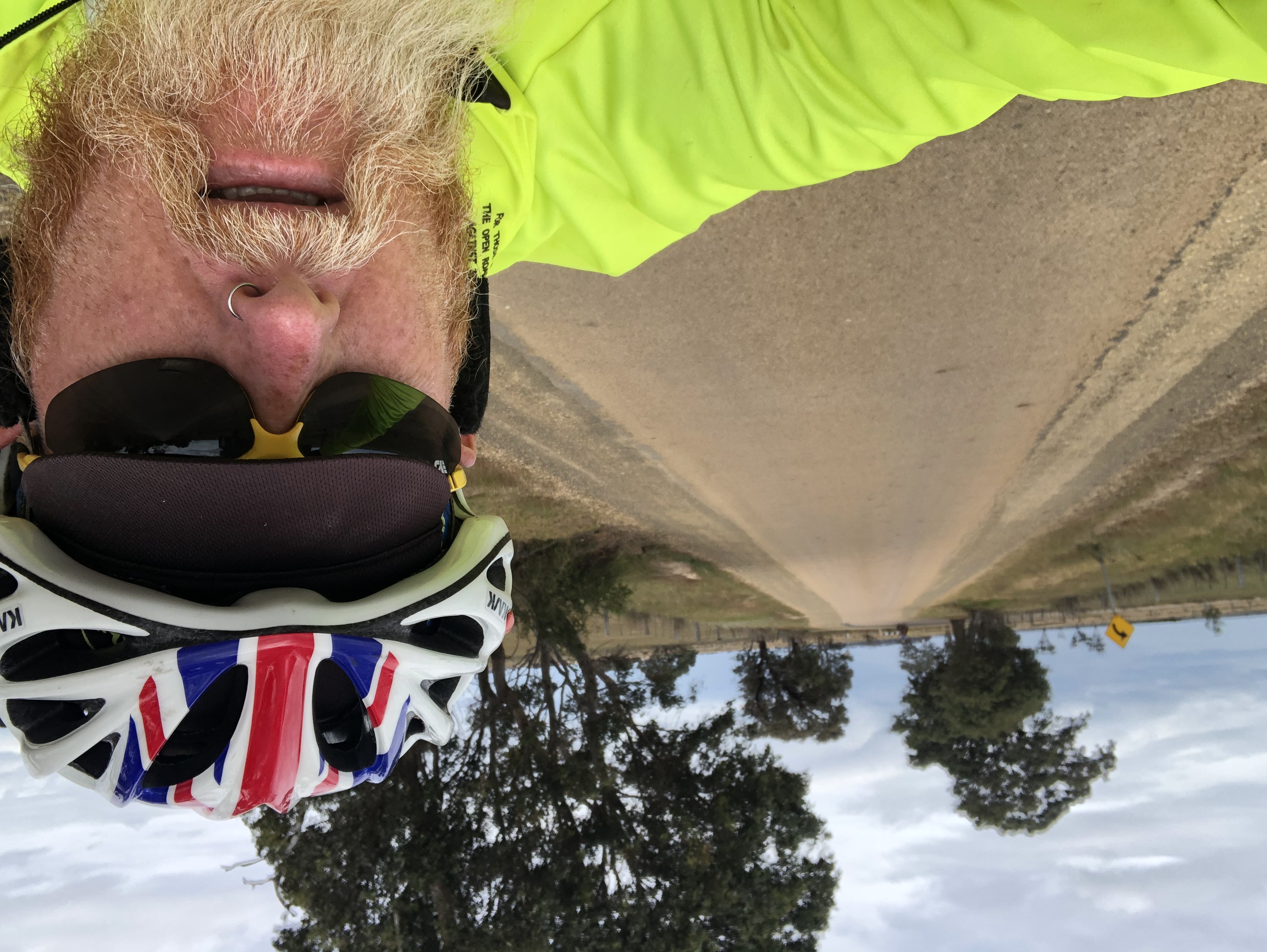 Ok let’s make it harder then said the weird Japanese game director, lets make sure that there’s no refreshments in between point A to point B that’ll get them! No problem we checked the map and prepared with plenty of water and snack bars. Mm harder still let’s make sure that there is no toilet available, got this I haven’t earned the nik name stop and squat for nothing it’s even on a sticker on my bike. 😂 let’s give mike a upset stomach, good job we carry wet wipes.

Right then let’s put a time limit on it, make sure the only campsite in town reception closes at 6. Any later and you can’t use the toilets or shower as you need the code for the key pad. 60 miles at a average 10 mph yep can do this.

Darn we need to slow them down, cue the bloody head wind at 20 mph that should do it. Yep now my speed all day stays between 6 to 8 mph and it’s tiring.

For a bit of fun let’s put in a dog chase, peddle faster guys or he will bite you.

Still not enough bring in the snakes on the road, not the timid black ones that get out of the way, no bring on the aggressive brown ones. That will show them. Yep at one point Mike managed to get passed one given him a wide berth. Then from a safe distance waited for me waving his arms like a looney to make sure I see it. I see it, it sees me and it’s not going to get out of my way in-fact it looks angry. Its a narrow road and there is a lorry headed towards. I can’t stop I’m to close to the thing for comfort. in my head it’s lunging straight for my throat. I know, I’ve watched to many films but I don’t trust the evil little bugger. I can’t go round the truck is there. Mike is still waving and pointing like a complete lunatic bless. This has got the attention of the truck driver who has now slowed down to see what all the fuss is about giving me just enough time to swerve wide at last I’m safely passed.

Still going strong mad director decides to bring in a small bit of rain, not enough to bother us just enough to bring out the mosquitos. We stop to eat a snack bar and comfort break so not just one but a swarm of mosquitos attack us. What a day. What next! 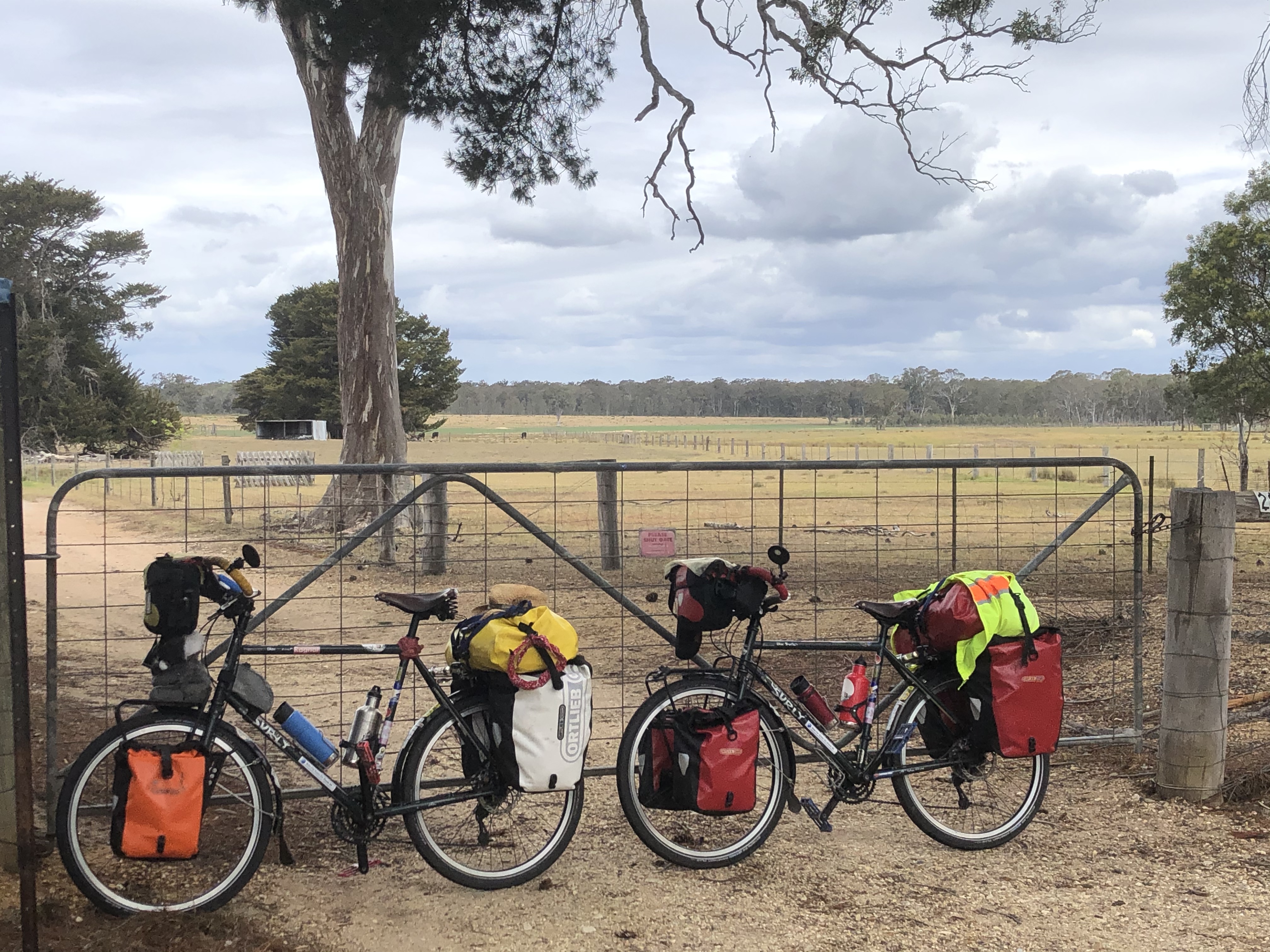 Magpies. Magpies yep for the next 15 miles we have magpies swooping at our heads. It’s a common problem over here, they attack cyclists as they see us as some sort of threat. In fact not that long ago a gentleman died as a direct result from a magpie attack he swerved and lost balance, fell of his bike and suffered a fatal head injury.

Add all that to the normal close passes of the day. Drivers don’t like cyclists, I’ve even heard on the media cyclists being referred to as cockroaches. Nice and we certainly have experienced more of our fare share of hostility towards us.

We finally make it to camp 5:50pm to be greeted by a grumpy campsite owner who made a point of looking at his clock when we walked in. We asked him for the WiFi code, he mumbled something about eating into his profits, it didn’t work anyway. We rewarded ourselves with a en-suite pitch and a trip into town for a meal. To tired to cook.

I am sun/wind burnt. Covered in mozzie bites. And everything hurts,so tired but team Jewell are the winners of the day. Still living the dream.