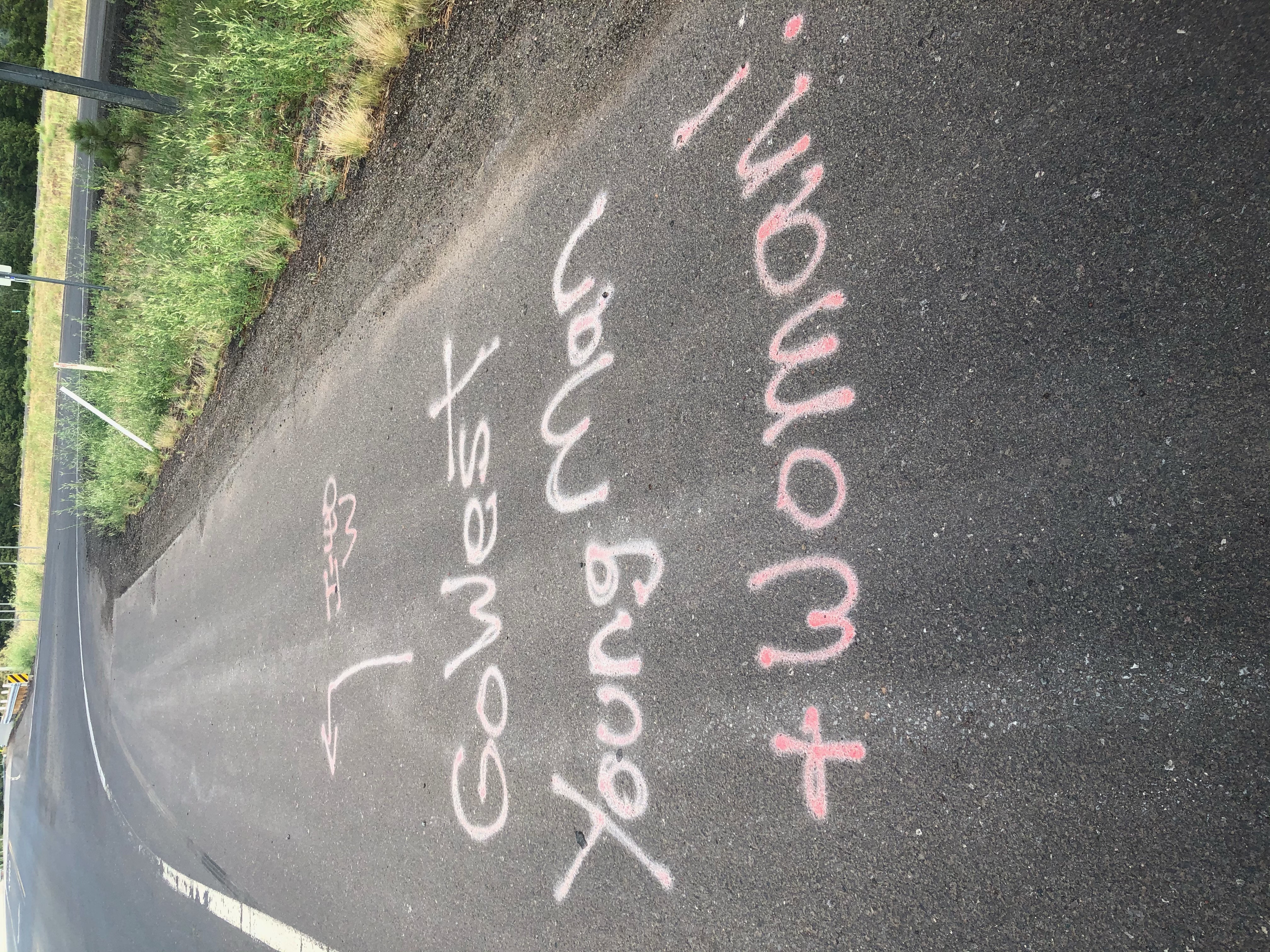 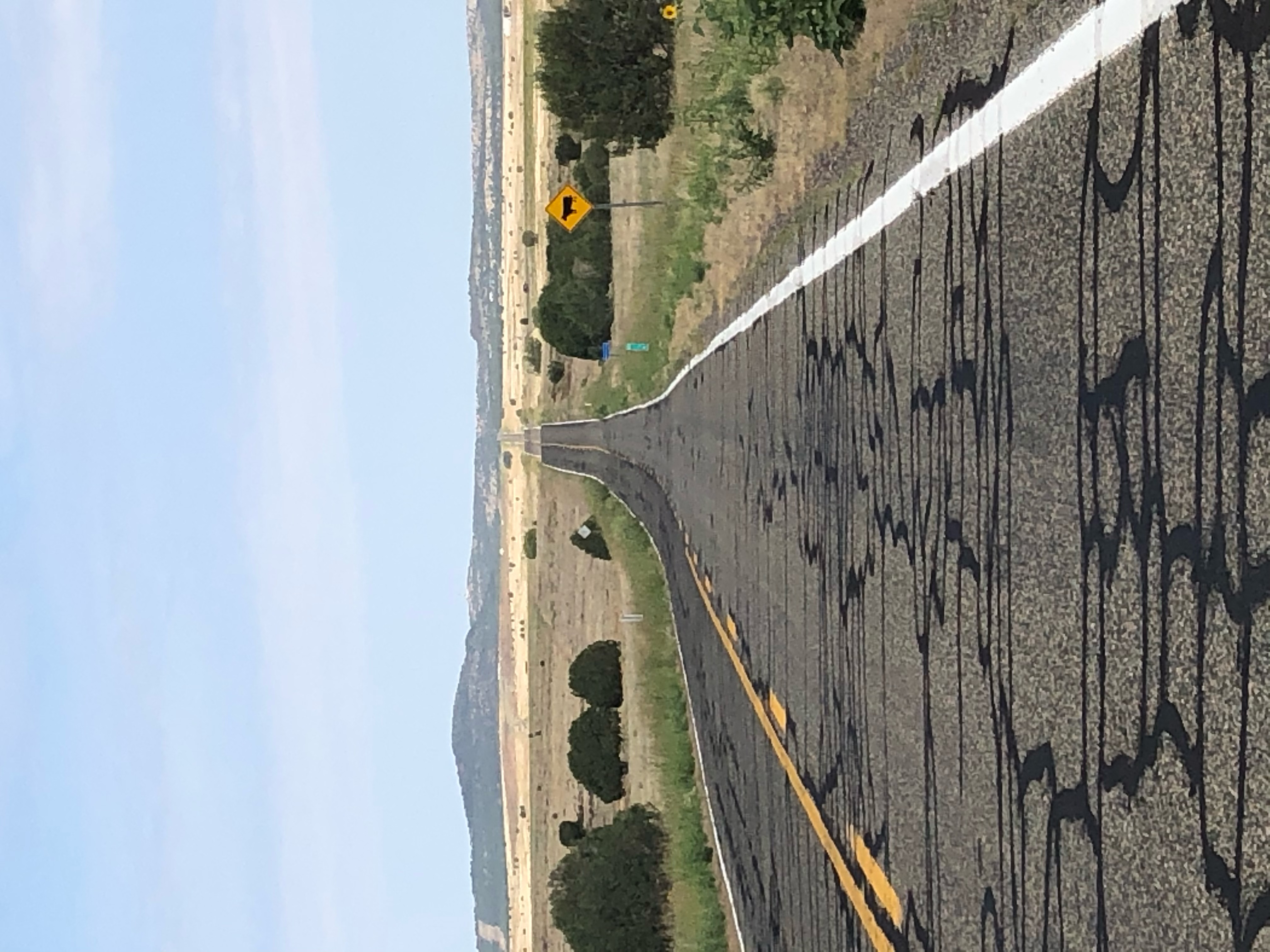 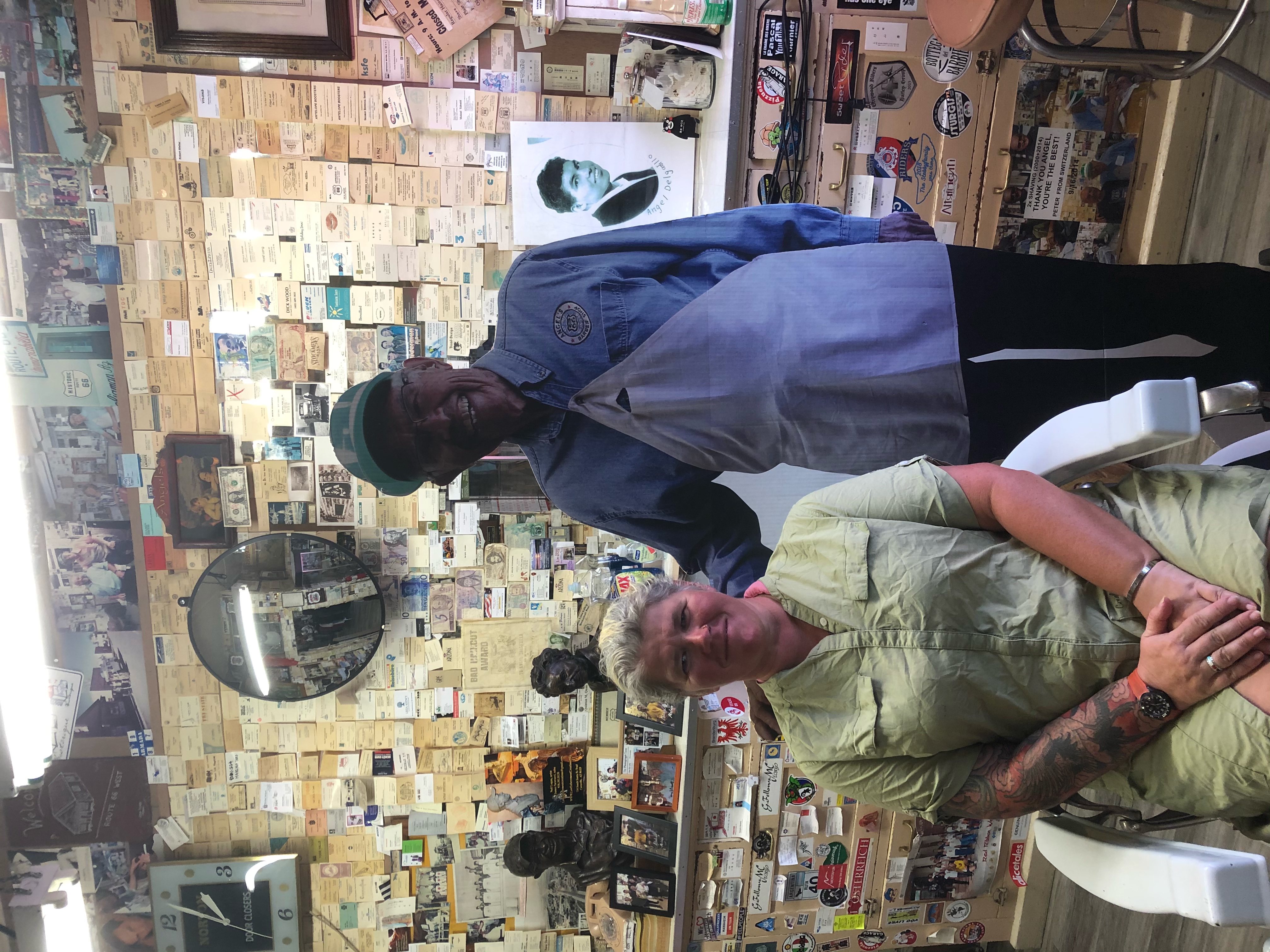 Day off. Don’t worry there’s nothing wrong it’s one of our few planned days off. Williams is the home of the Grand Canyon Railway and we had tickets.

What a fabulous day. The train was well organised with on train entertainment and a friendly host looking after as. Yes it’s touristy yes we’re all like sheep and yes it’s expensive but it had to be done. And we both enjoyed the day. 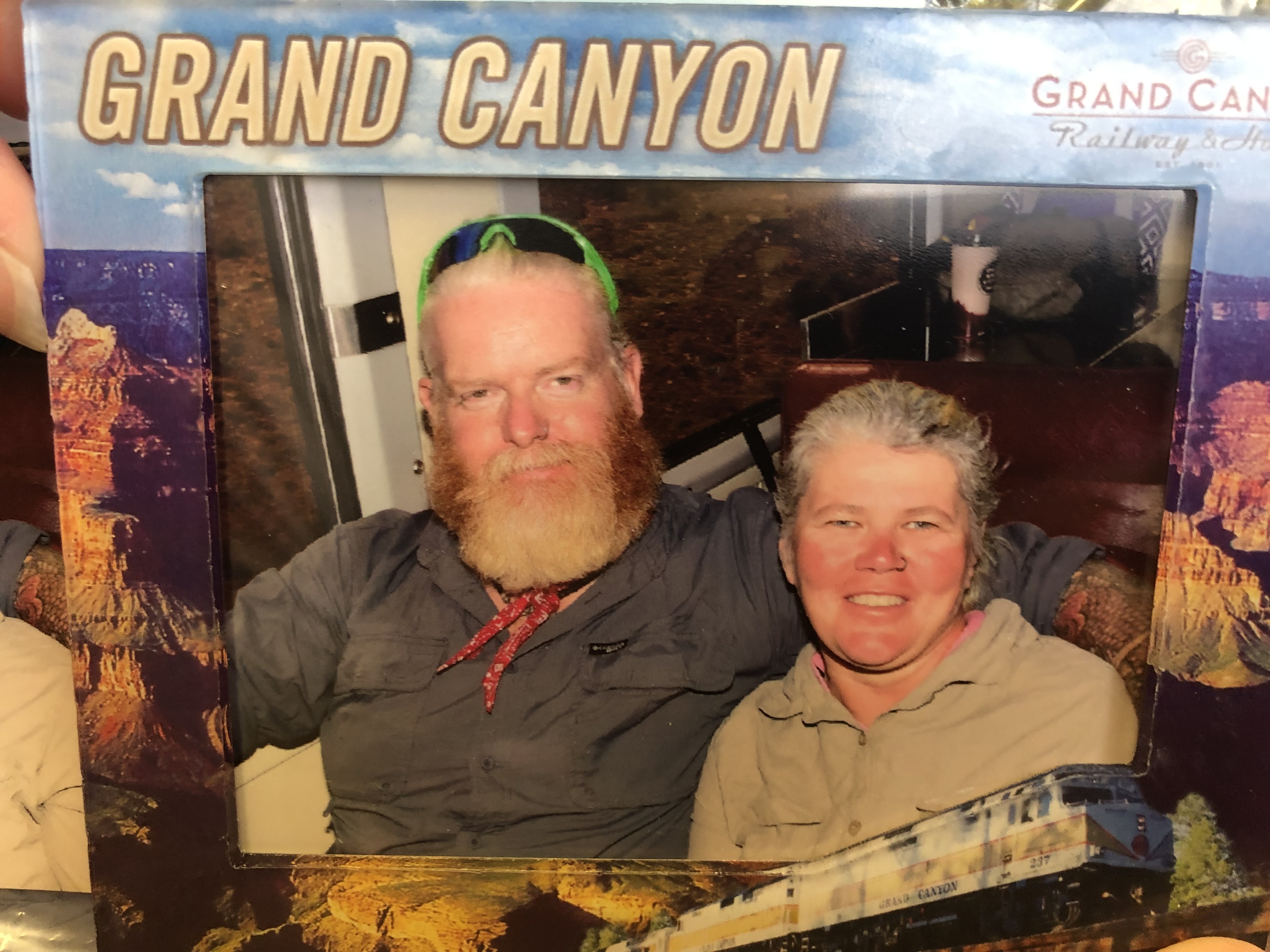 And the Grand Canyon it’s self is seriously breathtaking the views across are incredible what a experience that quite frankly I haven’t got the vocabulary to even start to describe.

The train back was held up by a gang of horse back robbers just to add to the experience they certainly have thought of everything to squeeze the last dollar out of the tourist but was fun! 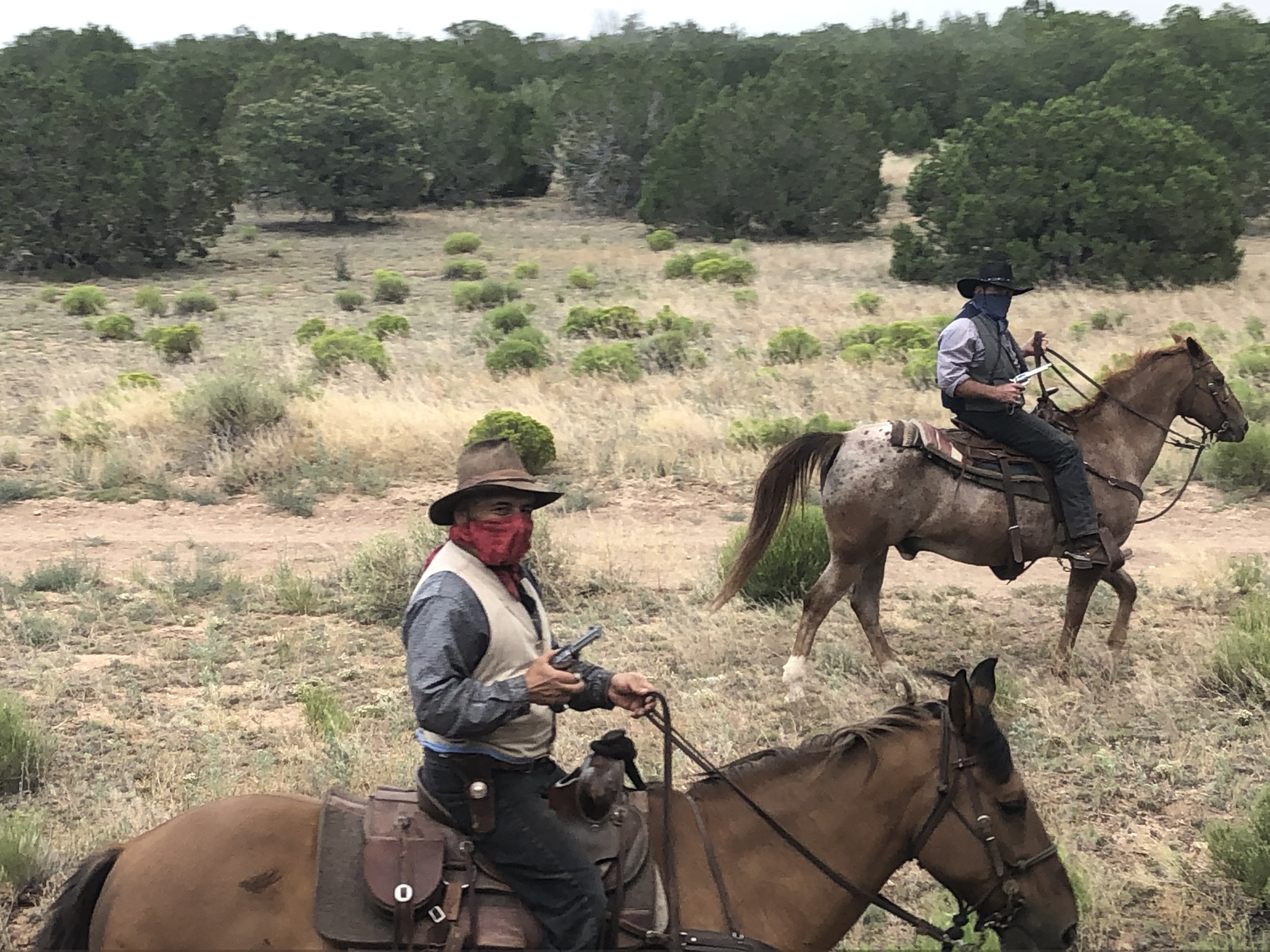 We rounded off the day with a beer from the Grand Canyon brewery. Williams has been a fun town to visit. A nice relief from the desert but tomorrow we have to head back into the heat, time to move on and get pedalling. 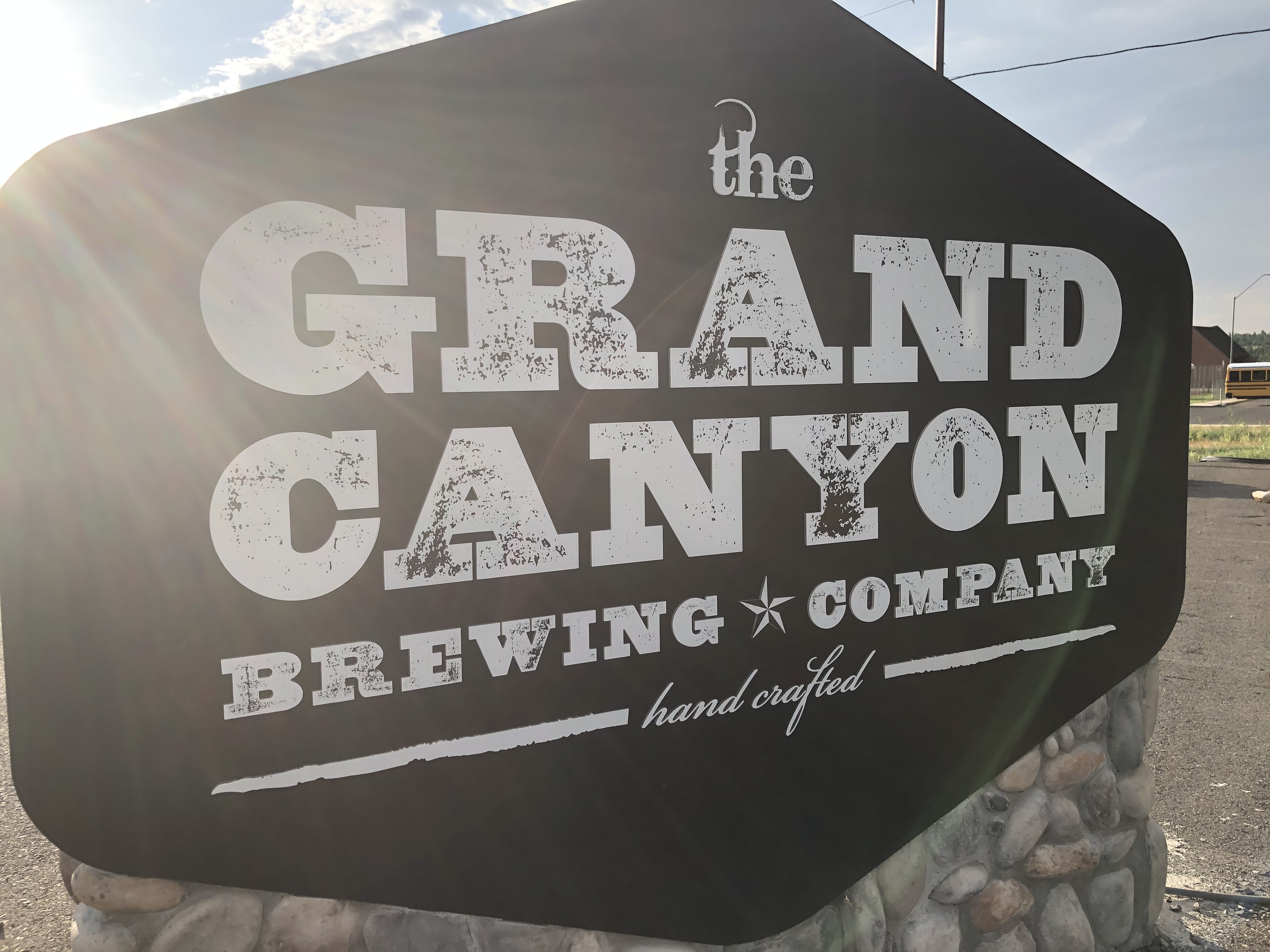 Leaving flagstaff nice and early we were treated to cool clean mountain air. Such a treat after the hot dry desert air. 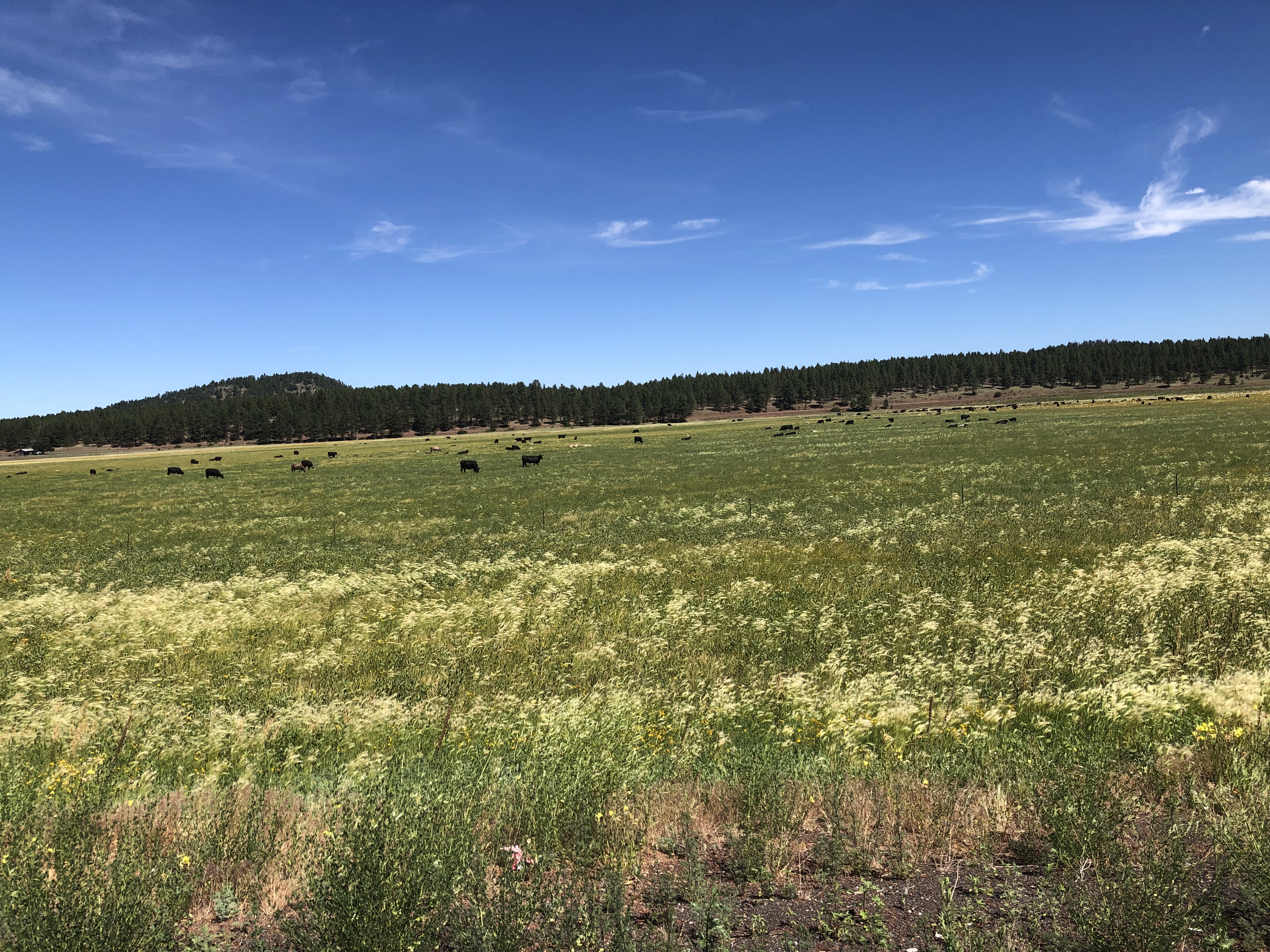 Even though most of the day was on the i40 it was still one of the better days, the shoulder was really wide and being a Sunday it wasn’t that busy. Cool air, long down hills, pine forest and mountain views lead us in to Williams all before 11am. 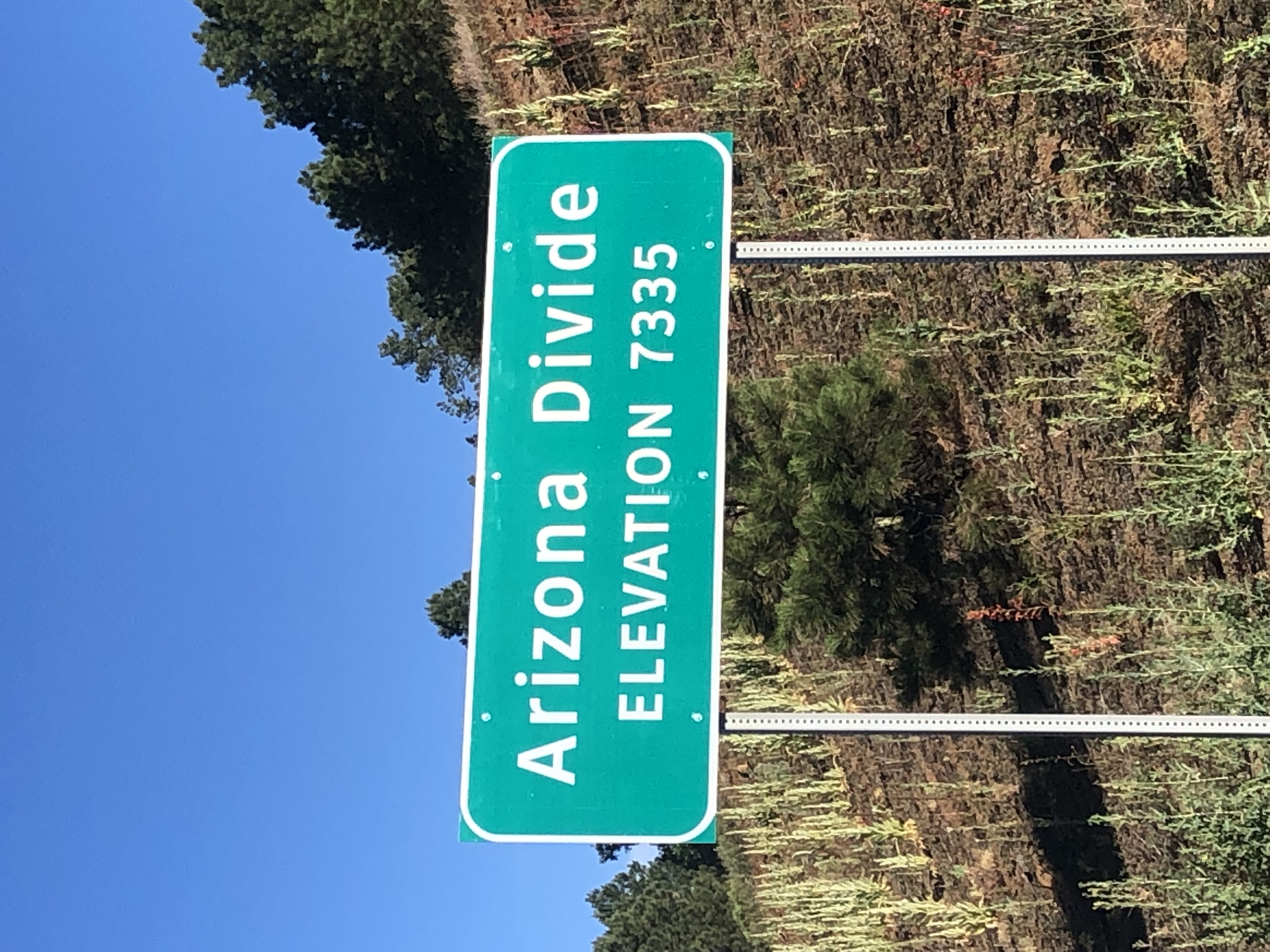 we think that we now have hit our highest elevation although we have a few more mountain passes to tackle. We’ve been following pink arrows on the floor for weeks and today we were treated to one motivating us. I so hope it’s true. 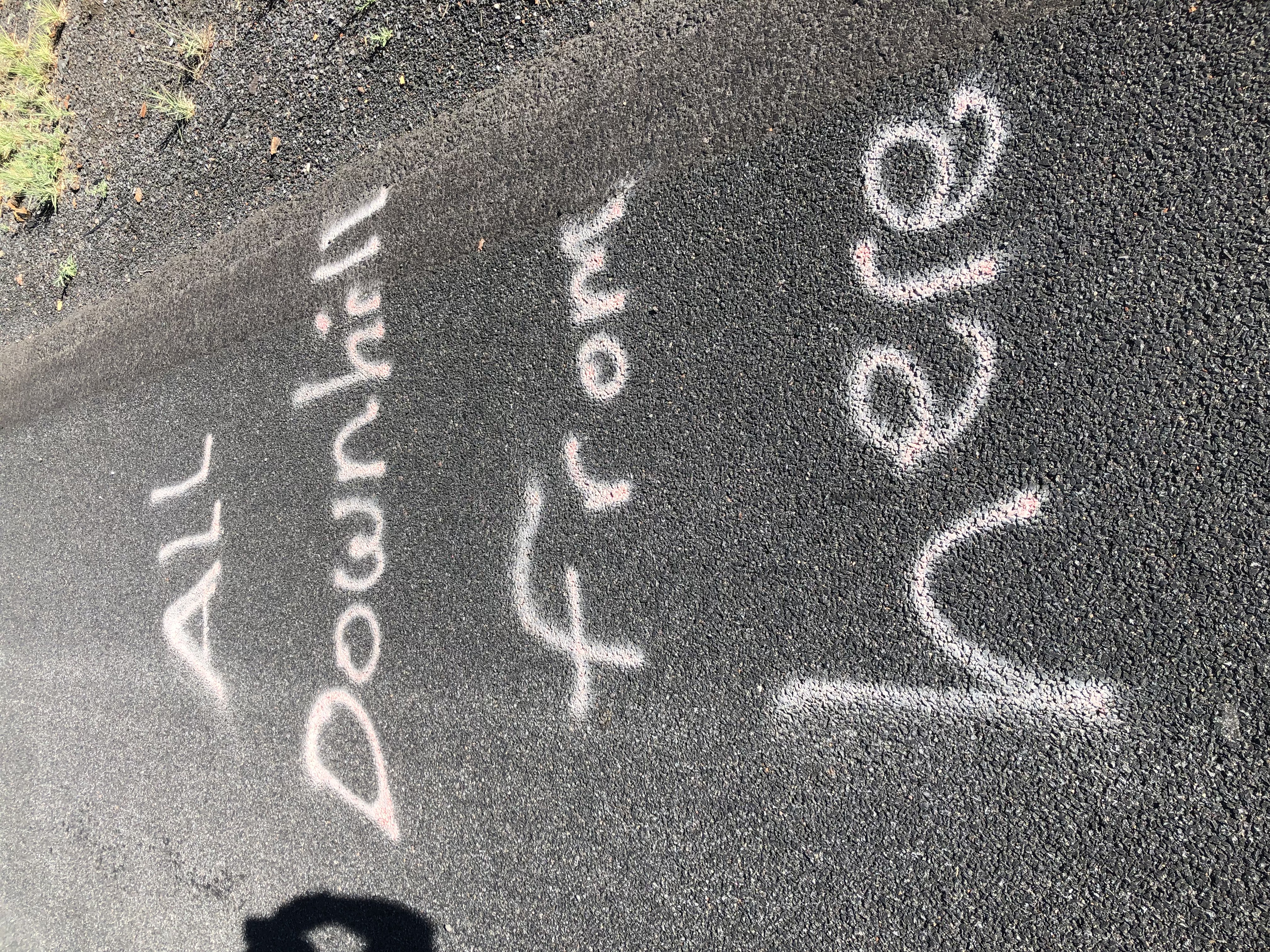 A nice relaxing afternoon watching the world go by with a local beer in my hand in a 50’s themed restaurant. 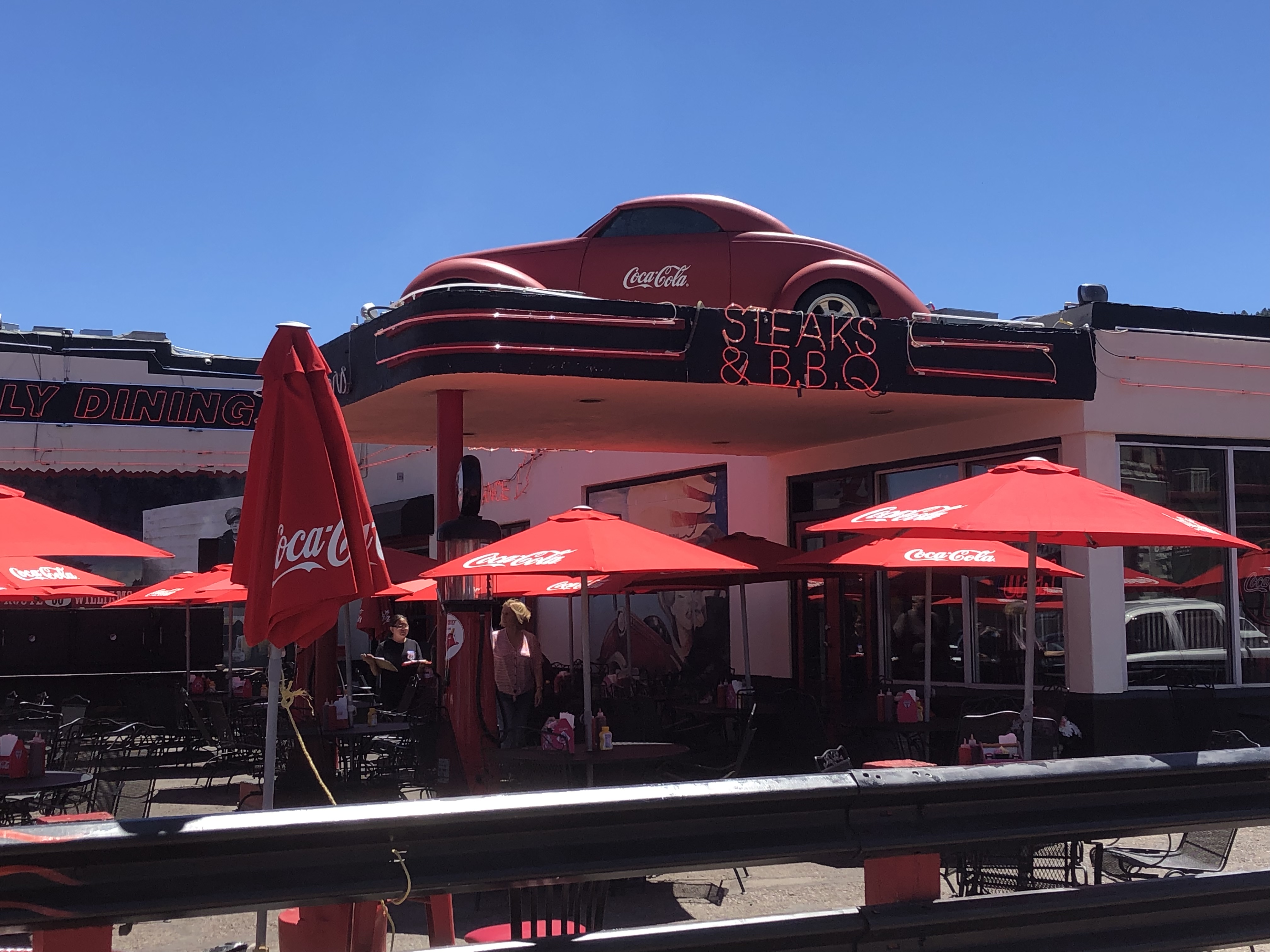 And in the evening we were treated to a street show that they put on for tourist every night. Where at least one cowboy gets shot. 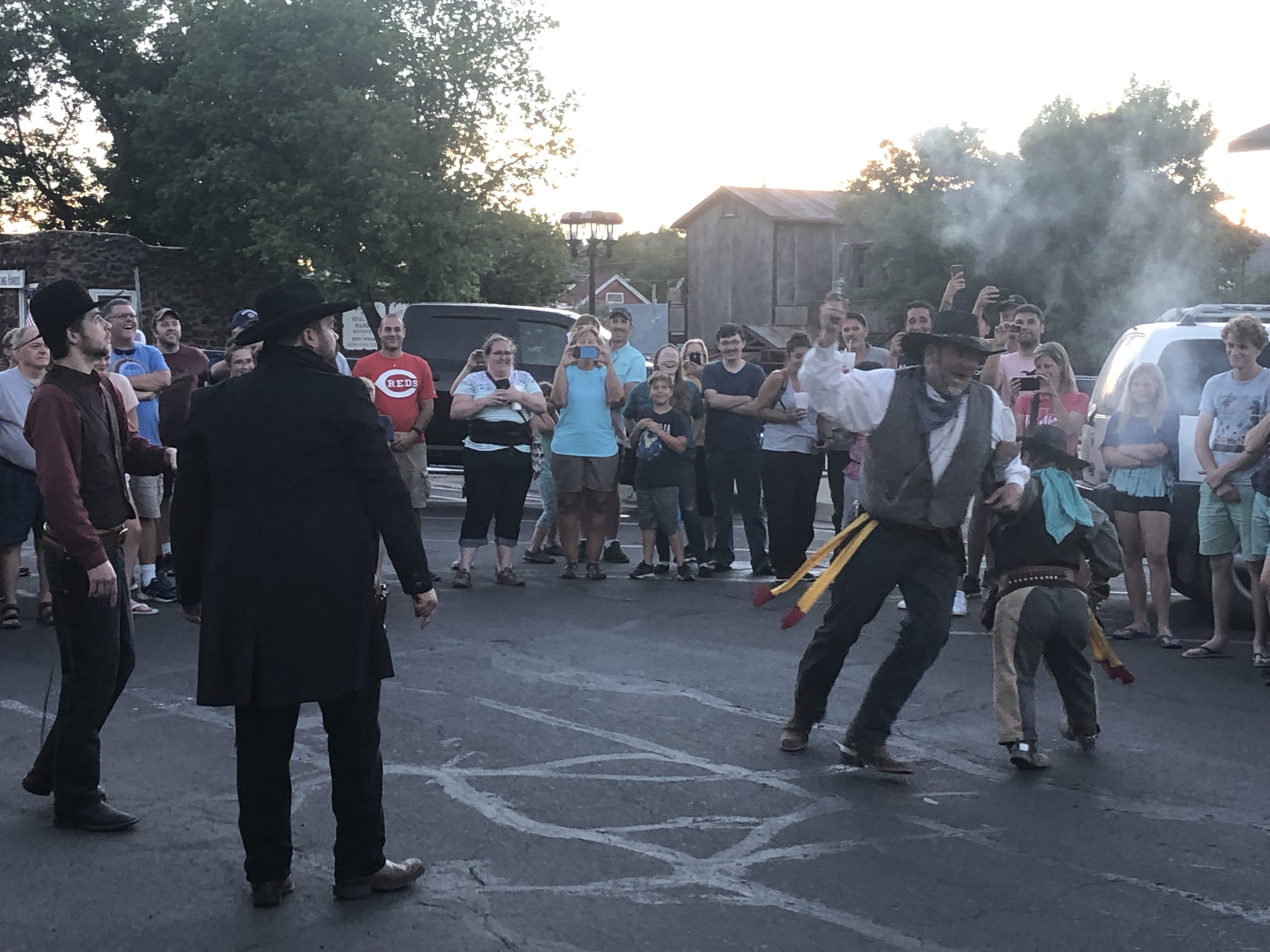 All in all a good day.