Today we drove over takaka hill. A big climb that proved challenging for poor juicy, she was threatening to over heat on the way up, making funny gurgling sounds. Poor thing we’ve traveled over 4 thousand kms over mountains and she’s not missed a beat. We pulled over at a look out spot to let her cool off and have a spot of lunch. 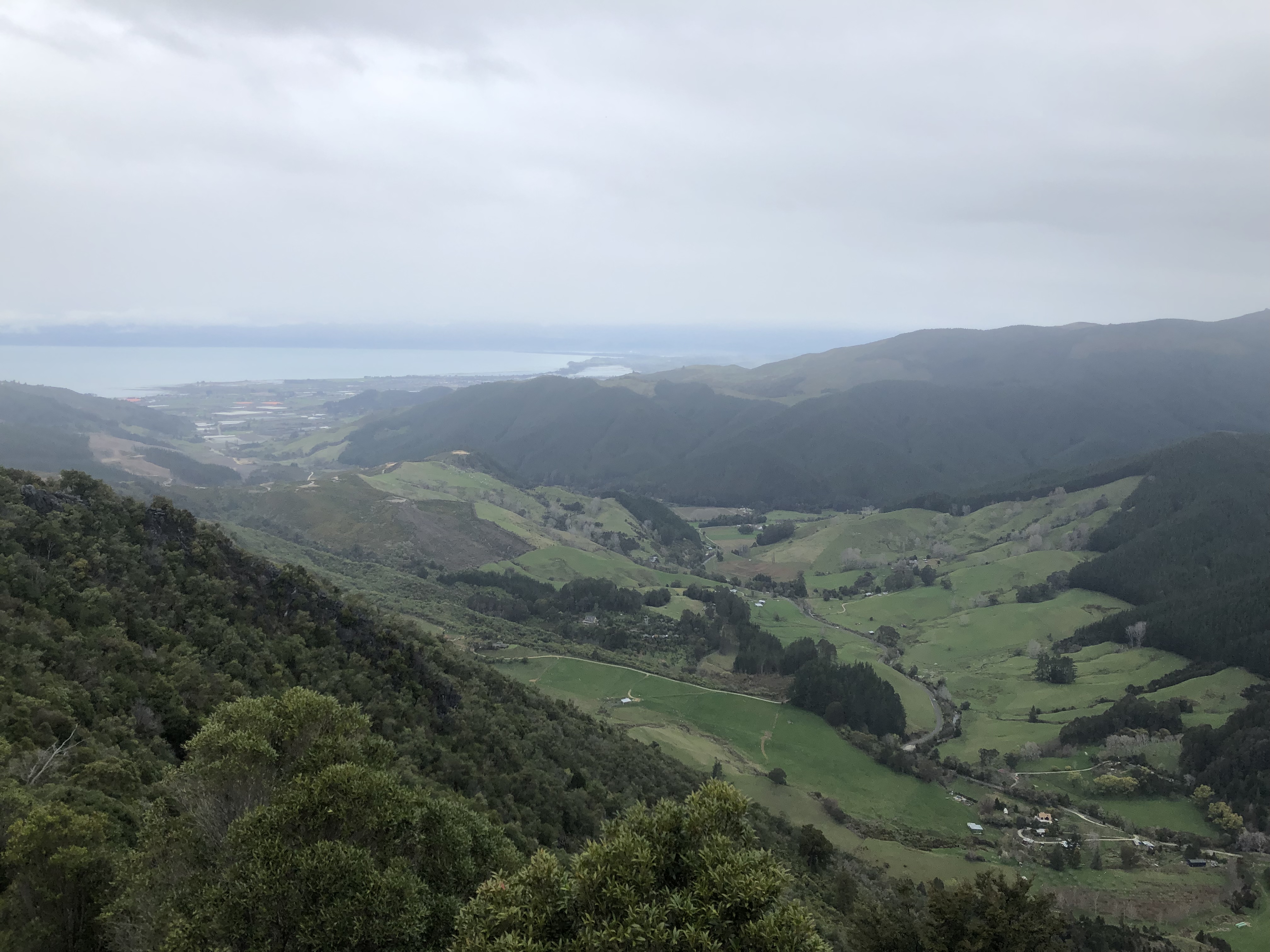 At the top of the pass we did a short walk looking over wainui bay. Local legend has it that a lizard like creature who devoured men and snaring women. He captured a local woman who was too cleaver for him, she lulled him to sleep and escaped from his cave. The people of the town set a trap and set him on fire at the top of takaka hill. He tried frantically to dig his way home but was consumed by flames. He’s charred scales turned to stone,and was strewn around the hills. 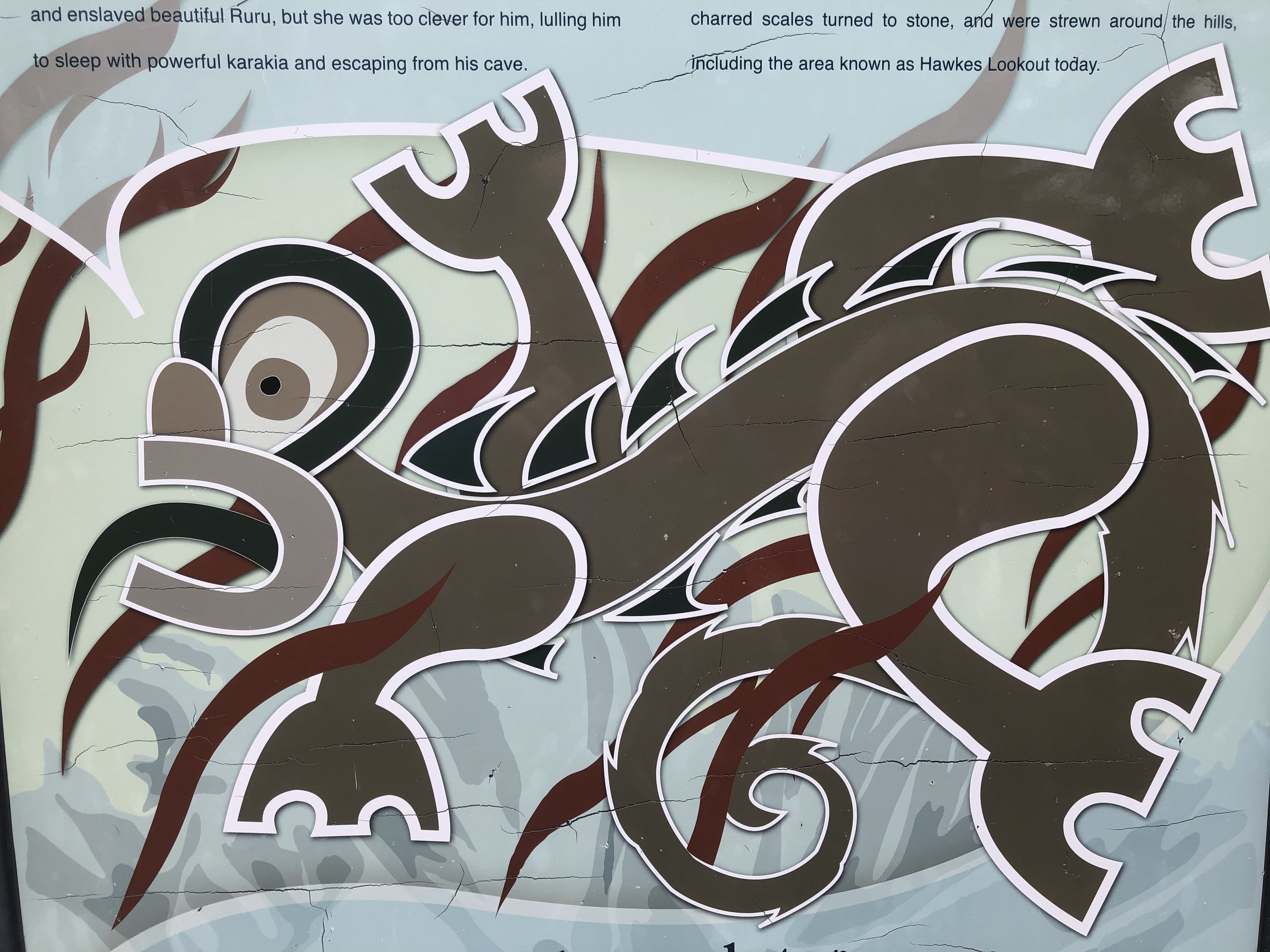